Posted on November 2, 2016 by reclaimschools

A few days ago the Government formally dropped legislation that would have forced all schools to become academies. This is clearly still the ongoing aim of this Government, but the overt pursuit of this strategy has become untenable given one academy chain disaster after another.

Consequently ministers have to maintain the fiction that the ‘superiority’ of academy status will encourage schools to convert voluntarily.

“Our ambition remains that all schools should benefit from the freedom and autonomy that academy status brings. Our focus, however, is on building capacity in the system and encouraging schools to convert voluntarily.” (Justine Greening’s written statement to the House of Commons)

Greening speaks as if the Government didn’t have a machinery of covert compulsion: Ofsted, regional schools commissioners, academy ‘brokers’ and the rest.

It may be that Theresa May’s government are keen to dissociate themselves from trusts and individuals who were lavishly praised by former education minister Michael Gove as well as David Cameron.

There has been one scandal after another – often the result of chief executives or heads playing fast and loose with academy ‘autonomy’, and frequently in schools which Gove and Cameron had effusively praised.

The National Audit Office has served notices on over 30 trusts, including some of the largest. Contracts (£500,000 in one chain alone) are being awarded to firms belonging to relatives of headteachers or CEOs. The top salaries for Chief Executives are now approaching £400,000 plus benefits.

Here are reminders of some of the cases reported in the press:

“The payments were for services ranging from ‘project management’ to ‘HR consultancy’, according to the academy chain’s company accounts.” The report states that the company secretary “was paid £232,960 in addition to his undisclosed salary for project management services .”

£206,000 superhead quits as police probe his lavish use of school funds on antiques and sex games. (Daily Mail)

“Mr Gilliland also used school funds to buy a £1.9million complex in Normandy and a £1.7million equestrian centre in Lincolnshire.”

However, the head was later cleared by the Lincoln Crown Court of ‘fraud by abuse of position’. His finance director argued that decisions were just “sound business sense”.

Lauded academy chain to be stripped of schools after finances inquiry. (Guardian)

“The five Perry Beeches schools are expected to be ‘rebrokered’ by the DfE and pass to a new chain.”

“A Whitehall source said: ‘This shows the academy system is working.’” ??!!

In May this year, the head left the chain following a “damning financial report”, according to the Birmingham Mail. “He faced questions over ‘second salary’ on top of £120k wage” and one Trust staff member estimated its debts as £1.8 million and rising by “tens of thousands of pounds” a month.

Free School finances appear particularly scandal-prone. The overall budget has trebled, with large amounts spent setting up free schools that nobody wants. In some cases large amounts of money have been handed over but no school has actually been opened. In 2015 alone  five schools failed to open, at a cost of £700,000 to the taxpayer, and altogether £2,000,000 has been wasted in this way in the last few years.

Bradford free school trio could be jailed for defrauding government. (The Guardian)

Beyond financial matters, other problems are being reported about the kind of control exercised by some chief executives. This story of the Gorse Academy Trust in West Yorkshire has just hit the Daily Mail online edition!

Academy chief on £193,000-a-year threatens to sue parents after they called him a ‘dictator’ and ‘one giant ego’ on a private Facebook group.

“Sir John Townsley, who is paid £193,000 a year, has been accused of ‘bullying’ families after his solicitor wrote to them asking for compensation for injury to ‘reputations and feelings’.”

“The letter refers to a private Facebook conversation in which parents vented their frustrations about Morley Academy, in Leeds.

“One parent said the school was run like ‘a young offenders’ camp’ while another said: ‘They are turning the school into a jail.’

“A third parent bemoaned the ‘dictatorship of the academy’.” 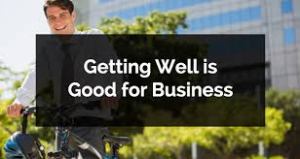 Running through all these reports, we find a discourse of business rather than educational values. Entrepreneurship has become the new professional norm in education and other public services.

This is not to suggest that all academies are schools of scandal. Like other schools, many of them provide a good education due to the humanity and professional ethics of teachers and heads. The core problem is the academy model of governance which is prone to abuses of power because it lacks local democratic accountability.

More information can be found on this site via our Academies and Free Schools page.