Posted on December 5, 2019 by reclaimschools

Ofsted is clearly beyond repair, and the Election provides an opportunity to close it for good. This will help to stop the mass exodus of teachers from England’s schools. It will help schools concentrate on what really matters: children’s education and wellbeing.

Understandably there are public concerns at Labour’s promise to close Ofsted. Many parents still believe they can judge a school from a Good or Outstanding banner draped along the fence. This is far from true.

1) Nearly 800 schools badged “Outstanding” have not been inspected for over ten years. When some were eventually revisited, serious problems were found: pupils feeling unsafe and frightened, high levels of exclusions, poor provision for pupils with special needs. Each year, thousands more schools are declared ‘still good’ on the basis of a one-day visit by a single inspector – most of it inside the head’s office.

2) Ofsted have failed to notice major problems until they have become a national scandal:

Ofsted never admits its mistakes. There are hundreds of formal complaints (5% of all inspections) but Ofsted has not changed a single grade. However, survey by the National Audit Office showed that most dissatisfied heads didn’t bother to complain because they didn’t trust the process.

In 2015 Ofsted reviewed nearly 3000 ‘additional inspectors’ and found 1 in 3 inadequate. However there has been no attempt to review their judgements, however flawed. In fact, Ofsted’s spokesperson simply declared: “We stand by the inspections that we have done in the last few years.”

Despite a consultation which attracted comments from 15,000 teachers, parents and organisations, most of the old problems remain: 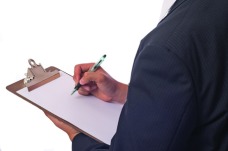 Conservative politicians need to take seriously the damage to teacher morale. The long shadow of Ofsted creates a tendency to play safe, a tendency towards a servile unthinking conformity. Too much of teachers’ and heads’ energy is devoted to second-guessing what Ofsted want. Headteachers imitating Ofsted surveillance methods are a major reason why thousands of experienced teachers have left.

Schools with children struggling through poverty are likely to have the lowest results. Teachers are trying to do the best for these children, educationally and by plugging the holes in a crumbling welfare state. Ofsted simply reinforces the problem with its “Requires Improvement” and “Inadequate” labels. It’s like kicking a wounded man when he’s down.

Ofsted’s own data confirms the problem. Schools in the poorest and richest fifth of England, when judged by levels of poverty among ‘white British’ pupils, received very different grades: only 4% of the most disadvantaged schools were judged Outstanding, compared with 58% of the most affluent. This is a ratio of 15 to 1.

“Your intake dictates your Ofsted outcome. Ofsted are damaging schools who are already most fragile, serving the most disadvantaged communities.”

As York headteacher Trevor Burton put it: “If you want an Outstanding, choose the right pupils.”

There are far better alternatives

There are far better ways of protecting children’s education. It is time to consider these principles:

Ofsted is too distant and too toxic to do these things. It is beyond repair.